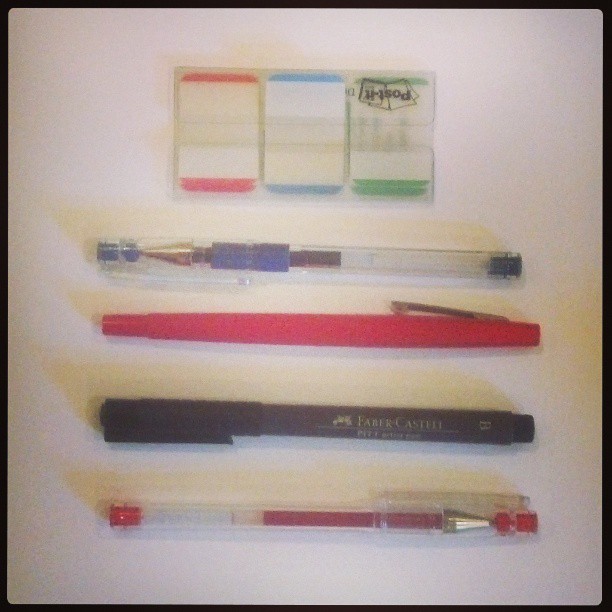 My girlfriend is a compulsive straightener. So I might have a few things out together because all of them are part of a project. They all have a way of disappearing into stacks that have no logic beyond appearing neater, visually. The four pens I favor for writing can end up about anywhere, disappearing into jars full of writing instrument also-rans.

So last night I showed her these four and said, “These are the Beatles of my pens. The Fab Four.” I showed her a spot to put them if she must disrupt my work areas. I can’t bear for them to go in with the lumpen. Plus, I need them when I go out.

Which raises the question? Which pen is which Beatle? I guess the blue one is John and the red felt tip is Paul. Those two do most of the heavy lifting. Which makes the reliable red Hi-Tec-C George (my favorite Beatle but not my favorite pen…) and the gray brush tip, Ringo. That one mostly just adds character as needed, right?