Why 'Red Scare' is so good 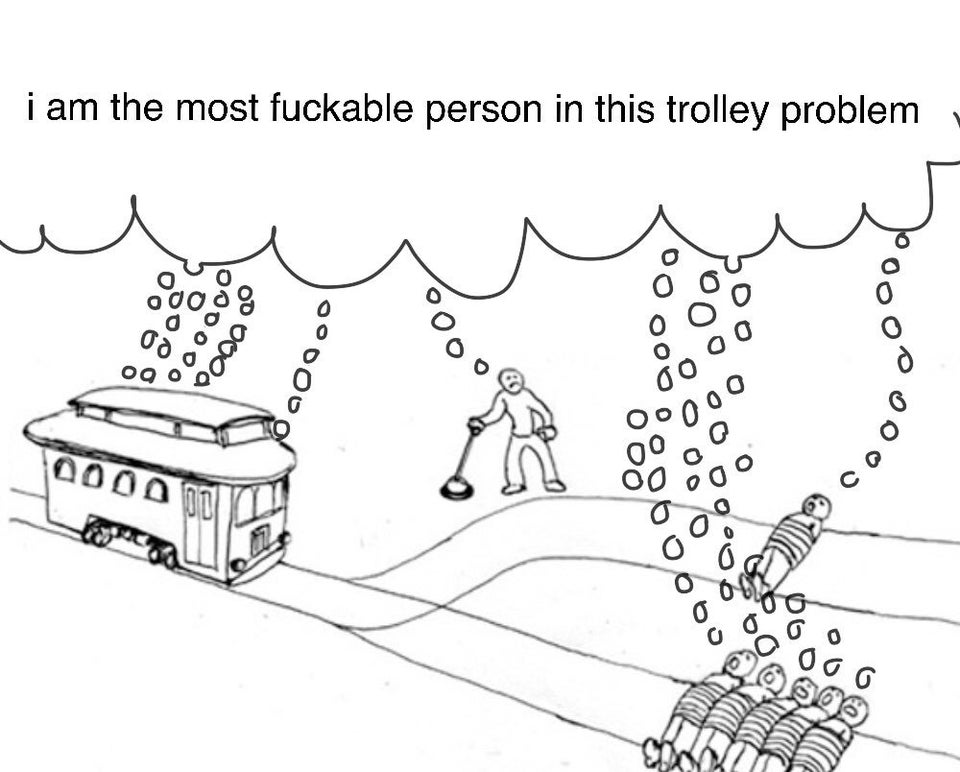 I finally articulated for myself why I like the podcast Red Scare. 🎧

It hit me sometime last week while listening to something else that was trying and failing to evoke Red Scare vibes, but then the newest episode came out, the one where they sat down with Brontez Purnell, the author of a several books and also apparently a well traveled musician. He is now a Bay Area artist, but he grew up in Alabama.

He has a new book called 100 Boyfriends, which occasioned their conversation.

I didn’t know anything about the guy. I don’t know the bands he’s played in. I do know Le Tigre, a riot girl staple of the 2000s that apparently he played with. So that’s braggable.

But he came off, on this show, as cool as hell. A living embodiment of what I realized I also like about the podcast.

🔫 Their conversation cemented what I had sorted out last week: the brilliance of Red Scare lies in the fact that they just aren’t victims, and they aren’t especially affirming of anyone claiming their victimization.

It was a weird synchronicity for the Purnell episode to come out right after this had hit me so recently, because this specific episode really nailed the theme much more so than another might. If I had to sum up this episode it would be this: Purnell has been though a lot of nonsense but the last thing he wants to do is sit in bitterness about it.

There’s a big section of the show (starting around 32 minutes in) where they talk about Purnell’s view that being willfully non-judgmental is a key part of his worldview. It’s easy to say “oh sure” when I write it down like that, but he takes it further than to say he’s not going to be judgmental of whatever way someone wants to live their lives. He’s also not judgmental about ways people might piss a lot of other folks off, including him.

“This seems like a lack of judgment that’s more self-aware and world weary,” Anna Khachiyan says.

Later he builds on this, saying, “I think it’s so funny when I see these memes of ‘I shouldn’t have to do the emotional labor of x, y an z’ where I’m just like: I think emotional labor is just kind of the price of the ticket of being born on this shitty rock. You don’t get out of that.”

For example, apparently there’s a story in the book about an upsetting encounter he had with a counselor that ends up sending him (or a character) through this labyrinth of bureaucrats until he arrives at a higher up who suggests that the initial counselor should be fired for upsetting him.

As I understood it, he does not want the counselor fired; that seems crazy to him. People get upset. They recover. The world turns.

Later Anna comments that overall, the book, for all its tales of slights and disappointments, “It’s not at all outraged or bitter,” and then she describes a scene that spoke to her, about a character getting let down by a boyfriend. “Gay culture and female culture, both have become really annoying, because they are both so outrage based, they are so aggrieved,” Anna says.

Purnell replies, “In dealing with lots of people too, I think you phase out of outrage. You can be outraged from here until the rest of your life. How long are you going to sit with disappointment?”

“There are really deep and irreconcilable injustices in the world,” Purnell acknowledges, but then concludes that not being a victim takes strength.

Anna calls it a “Zen-like compassion.” She says, “When you really think about woke culture, cancel culture — whatever we’re calling it today — the main issue is it’s really taxing and toxic to be so outraged all the time.”

Purnell replies, “There was some person that said it, I’ve used this quote all the time because one of my favorite mentors said it: ‘One who devotes their life to cleanliness must also devote their life to dirt.’ If finding hypocrisy or whatever -isms in the world is your bag, you will find an infinite supply all throughout the world. We should discern how we spend our energy.”

As an aside, Purnell said he’s working on a sci-fi book about a family of psychics who hate each other in the south. I’m going to stay tuned for that. 👀

Look, if you try out Red Scare after listening to this, they don’t really have the deepest analysis of the topics they discuss, though Anna often shows up ready with some really strong, writerly zingers at times. Dasha can crush with her off-the-cuff rejoinders. But that’s not really the point. Those are pleasant little surprises.

Even with those, you’ll end an episode without any sense necessarily that you got anywhere. A lot of time they are just going back over news you already know about and throwing in a few snarky observations about it. I’ve wondered, in that way, why I listen in such a dedicated fashion.

Nevertheless, it’s all I can do when a knew episode comes out not to just immediately go for a run and sink into their latest babblefest.