So last night I had this dream. I don’t quite remember what happened, but I do remember the basic idea. I was in the kitchen of the place where I lived and I was in a hurry to get out the door to a meeting or something. I spilled the soy milk and dropped the carafe I keep my Toddy coffee concentrate in and it broke. I didn’t have pants on and I couldn’t get them on even tho I tried and tried. People kept talking to me and asking questions and I was getting angry and frustrated. I think I received a call of some kind, about some dreadful mistake I made.

Somehow, from my kitchen, I think I crashed a car because dreams are weird like that.

I think I had also done something awful along the way, something criminal. My dreams like to toss in some guilt complex.

When I woke up, around 5:30 am, I remember feeling really relieved that I hadn’t done any of the awful things I had done in the dream and that I hadn’t failed all the people I knew I was failing by not putting my pants on and get out the door to wherever it was I needed to go.

So that’s how I woke up on my 35th birthday. Which is today.

The big 35, man. I’m not even kind of young any more. I can’t deal with it. I know what the message of my dream was: I am trying to do too much. I need to slow down. It’s good advice, the trouble is that I feel as thought I have been on the Earth for going-on-four-decades now and I haven’t done anything that I’m all that proud of. I haven’t made a dent.

It’s weird growing up with everyone telling you that you are talented and yet never quite managing to do anything all that well. I’ve had my moments. I’ve rocked the mic a couple times. I’ve gotten a few laughs, but it’s all been forgettable. Actually, there’s some people that won’t forget me right away were I to disappear: the ones who would be glad to see me go. That’s the dozens of people that I’ve alienated and infuriated lo these three dozen years (less one). Ooph. (I revised that last sentence from “legions of people” because I didn’t want to overstate my accomplishments)

Most of the time, I think it is good that I seem to bein the midst of reinventing myself. Committing to this comic. Selling everything. Putting out an ebook that I had to beg the people closest to me to read. Some of them. Actually, most of the people closest to me have never read it and never will. Probably because I think they are closer to me than they think they are.

A big part of me is sure that I can’t reinvent myself at my age, but then there is a third part that doesn’t have much faith in what can do but worries even more about what it might come to if I don’t try. So, that’s where I am at. Selling everything. Doing everything I can think of. Going to bed every night absolutely exhausted and struggling mightily to get up early every morning. Happy birthday.

When I look at the work I’ve done in the last two years since I really committed to the creative life (really, for real), just before I turned 33, a part of me thinks it’s pretty good. Another part of me can’t help but notice, on the other hand, that it has passed overwhelmingly unnoticed by the broader public. The response has been about the same from the moment of liftoff to today.

I try to tell myself that I’m being true to the vision that I have inside me. That I’m doing what I want to do. Another part of me says, “Maybe you should listen a little to what the people want?” I like to think of myself as courageous, but maybe it takes some courage to bend.

Then again, you can spin words together to justify anything. Anything you want to do, you can find some wise sounding words to make it sound like it makes sense to do whatever it is you’ve used words to justify. Just because you have found some words doesn’t mean your course is the right one, but the English language always has a justification inside of it for you, and when you speak that justification aloud people will nod and when they nod you will say, “Okay, let’s do this misguided thing.”

Three.Five, y’all. that’s where we are today. I’ve made it this far.

I haven’t done a damn thing right, but I will say this: live, don’t survive. If all you do is make sure you survive, that’s a really good way to die. In my, humble, opinion.

So with that, here’s a badly drawn prototype of an idea I was thinking about earlier in my 30s that captures a lot of what I think about a lot of things, whatever that’s worth: 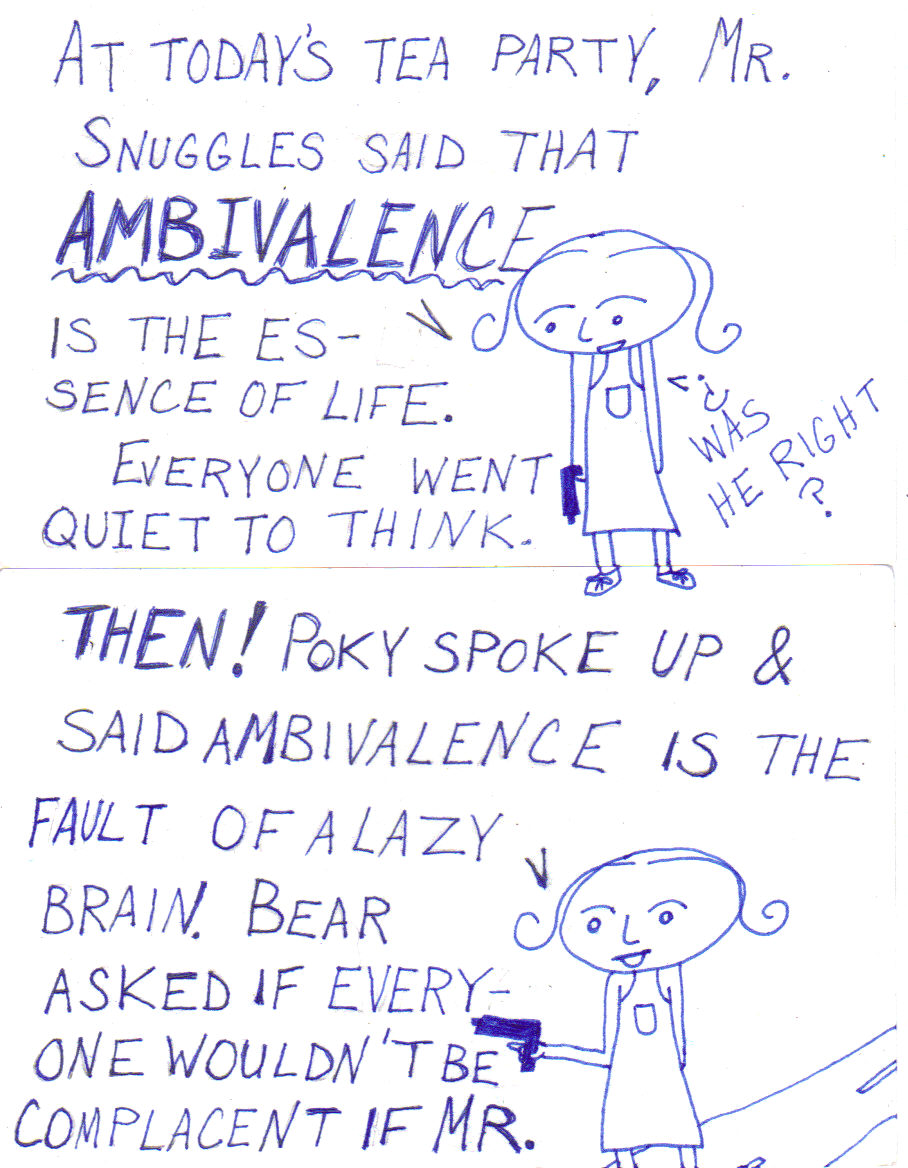 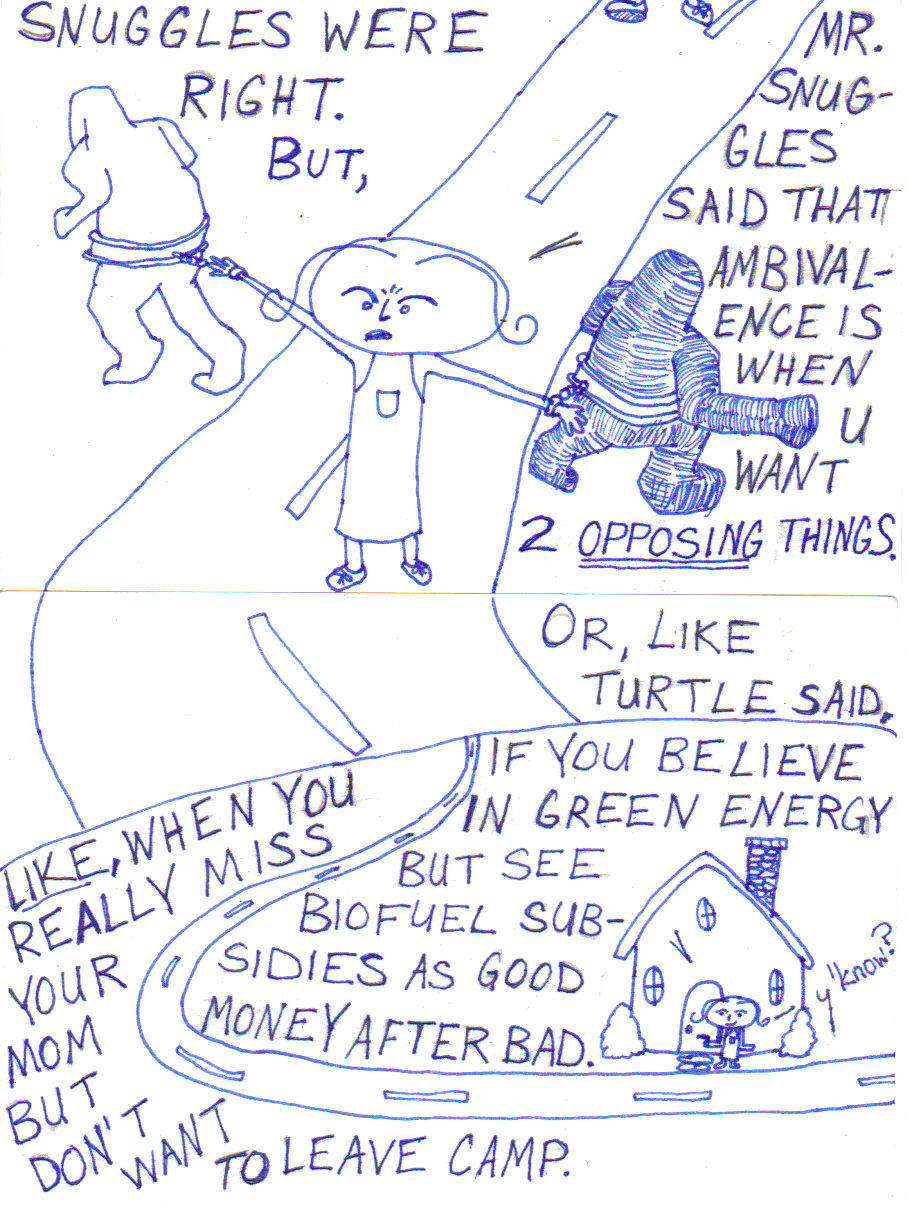 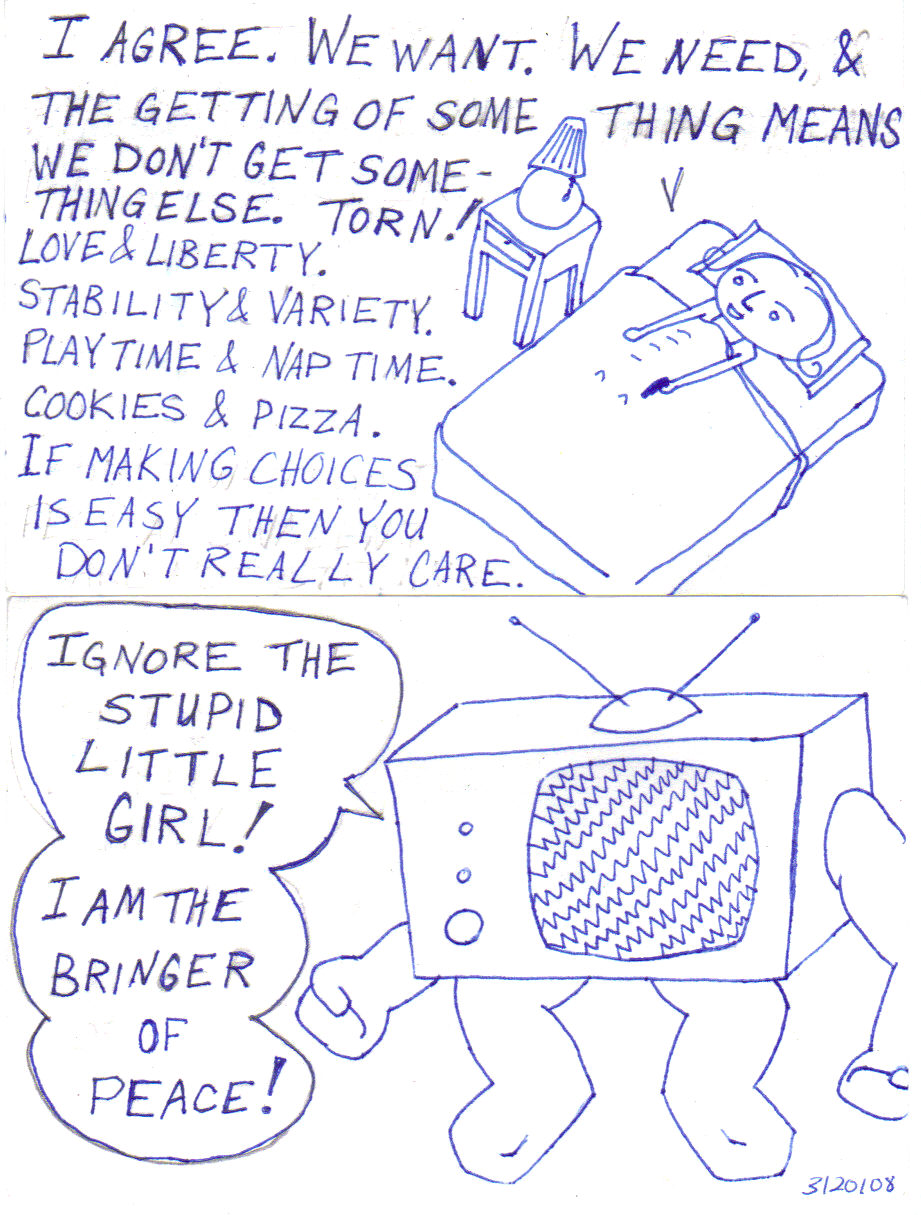